If you were watching The Best of British Takeaways on BBC2 earlier this week, you will have seen Brighton’s very own Alun Sperring of The Chilli Pickle emerge triumphant in the Indian Takeaway contest. What you probably missed however, as it only appeared on screen for a split-second, was the one-off box design that I produced for packaging Alun’s amazing culinary creations. The focus was quite rightly on the food being prepared by the competitors, but in case you’re interested, this is how the final, boxed takeaway would have looked: 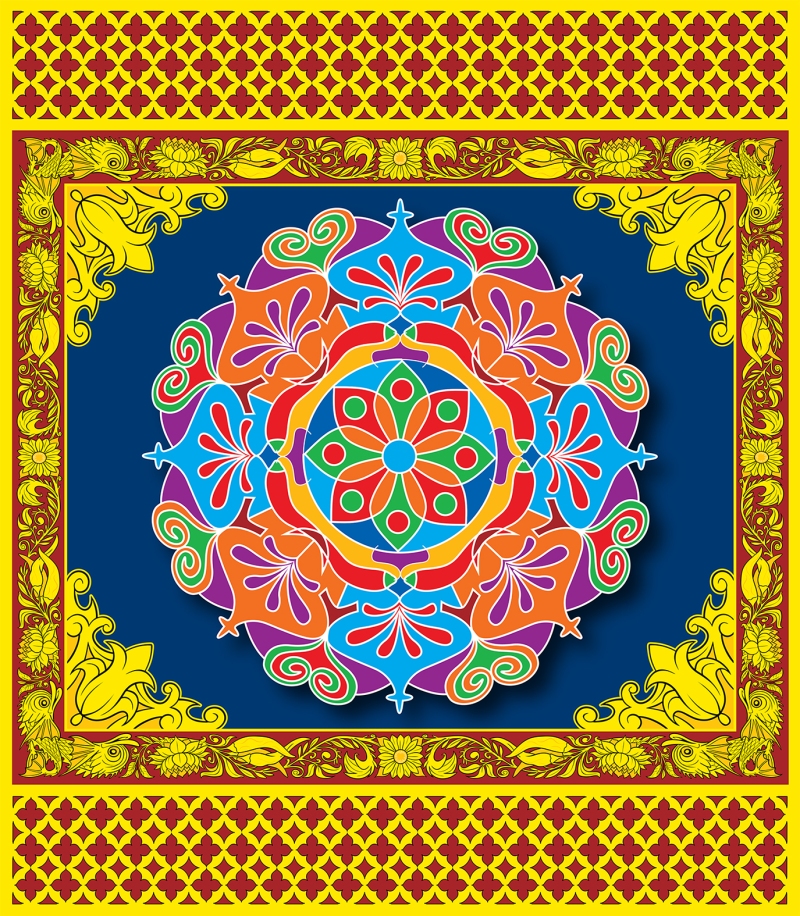 The central motif is based on Indian rangoli designs, with nods to both chilli peppers and Brighton in the mix. I tried out a number of colour combinations before settling on this one; the possibilities seemed limitless once I started experimenting. Here are just a few:

I also put together an illustrated menu to go in the box, in the form of a map of India showing the regions from which the various dishes originated:

Sadly, I never got to sample the food!

Purveyor of fine illustrations since 1984.

Reproduction of any of the images on this website without permission infringes copyright and is illegal.